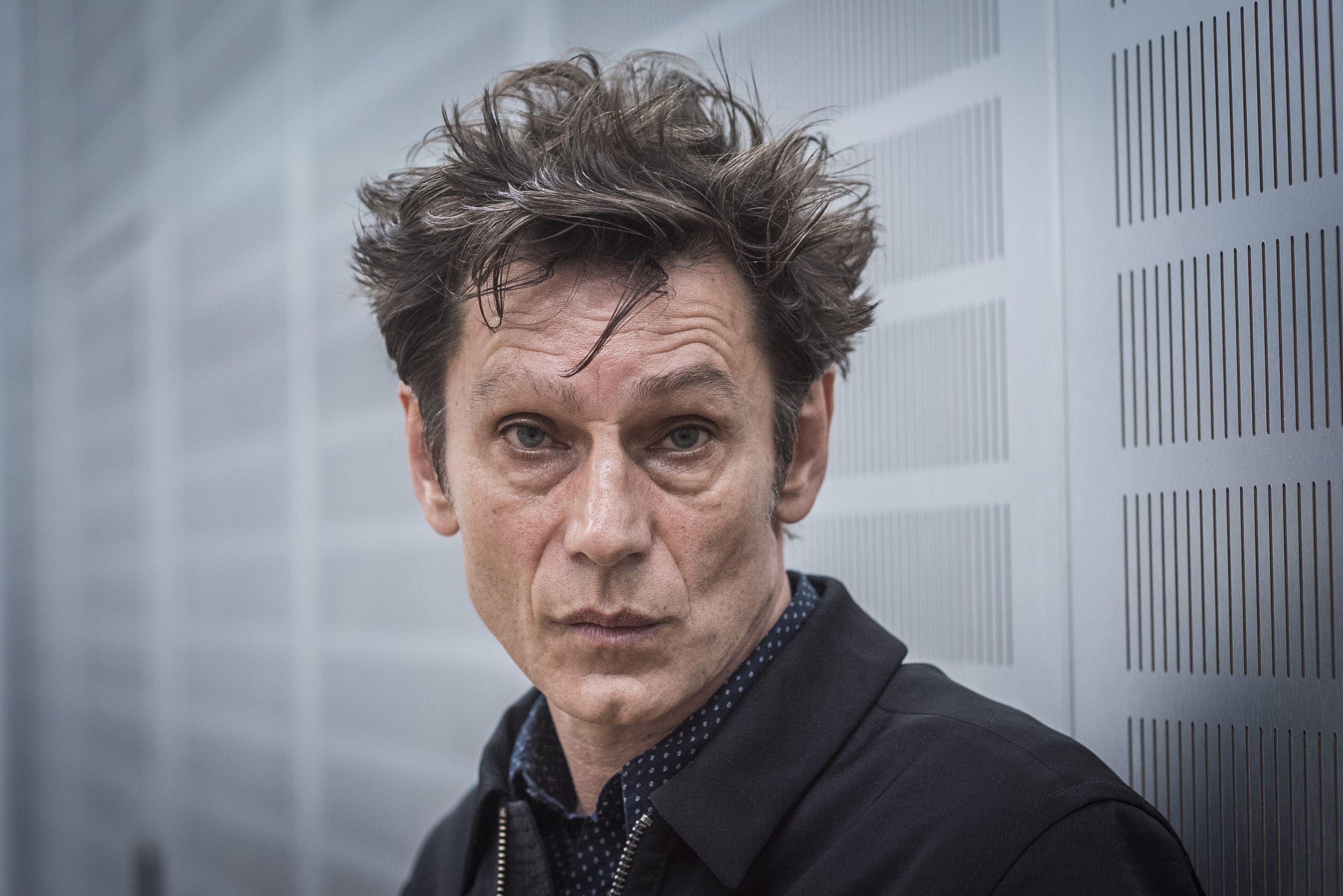 Critic Roman Pawłowski writes about the director Krzysztof Warlikowski and his performances.

What is the power of Krzysztof Warlikowski’s theatre about? Is his biggest strength his contemporary interpretation of the pieces written hundred, four hundred or two and a half thousand years ago? Is it about his courage to explore the realms of human experience subject to moral taboos? Is it his ability to stir extreme emotions on stage? Or his intuition, which makes him sense the problems before they are in the limelight? Is it the ability to blend the latest trends of the modern theatre, music, dance and visual arts on stage?

There is no clear answer to these questions. For the past two decades, Warlikowski has divided critics and audiences: he fascinated, repelled, impressed and outraged them. Considered the leading iconoclast, pornographer and troublemaker in the early days of the Polish theatre revolution, he is still thought of as an enfant terrible of Polish theatre, with his achievements in Poland and abroad providing him a place in the theatre Pantheon.

Child of the Polish transformation

His plays associated with the turn of the 20th and 21st century: “Hamlet,” “Cleansed,” “The Bacchae,” “Tempest,” “Dybbuk,” “Krum” made the latest history of Polish theatre along with Grzegorz Jarzyna’s shows, with whom Warlikowski jointly contributed to the success of Warsaw’s Teatr Rozmaitości (today’s TR Warszawa) for 10 years. They shared the intensity of theatrical experience, unparalleled in mainstream theatre. Warlikowski offered an alternative to the bourgeois theatre of “an enjoyable evening”: the passion and risk of avant-garde explorations. He would seek for the foundation of his theatre where other directors did not want to venture: the body, sexuality, desire, physical and mental violence. He resorted to classical and contemporary texts and revealed their brutality and moral ambivalence. The protagonists of his performances have been torn by primordial passions: drug addicts or homosexuals from Sarah Kane’s “Cleansed,” subjecting themselves to torture-like love, the worshippers of the Dionysus cult possessed by the religious rage, “The Bacchae” by Euripides, and the lovers from the “Midsummer Night’s Dream,” seeking liberation from social conventions through sex.

Warlikowski has been the child of the Polish transformation. It is not an accident that he started to study at the Kraków theatre school in 1989, when the Berlin wall fell and the Soviet domination in the Eastern Europe came to an end. He arrived in Kraków following several years in Paris, where he had studied philosophy and French literature, attended theatre and opera shows and worked as a hospital nurse. He came to theatre in 1990s along with a group of young actors, directors, playwrights, stage designers and composers. To them, he was not a weapon in fighting for the independence anymore but an instrument of self-expression. While the Polish economy was being privatized, the new generation was privatizing theatre stage and changing the perspective from a collective to a personal one and swap the nation’s problems with individual’s problems. Their patron was Krystian Lupa, a previous-generation director and a spiritual leader working outside of the mainstream theatre.

Warlikowski’s first radical gesture was his sign of equality between political and sexual freedom. The lack of freedom in expressing one’s sexual identity amounted to enslavement. Long before the terms ‘feminism’ and ‘gender’ appeared in the public discourse, he had explored these issues on stage. In “The Taming of the Shrew,” he turned the praise of obedience into a protest against women’s enslavement. In “Cleansed,” he showed the first-ever scene of homosexual love in Polish theatre. The way Warlikowski interpreted it, Hamlet asked in his monologue about his own sexual identity rather than the sense of existence as he posed the famous “to be or not to be?” question.

In “Dybbuk,” Warlikowski returned to the drama of community, formulated in a completely new fashion. He juxtaposed S. Ansky’s drama about the love stronger than death with Hanna Krall’s reportage on an American who carried a dybbuk of a Jewish child killed in the Holocaust in him. The dybbuk was a metaphor for the tragic Polish and Jewish past that offers no peace, as reflected in the on-going debate about the Jedwabne pogrom. Staged four years later, Tony Kushner’s “Angels in America” touched upon a different threat – the far right, limiting the freedom and dismantling democracy under the guise of the struggle for safety. The premiere of the performance coincided with the time of governmental alliance between PiS and Samoobrona, whose power rested on the fear of strangers: gays, Communists and German revisionists.

These two perspectives, the individual and the collective, converged in the most outstanding performance of the past decade – “(A)pollonia,” staged following his departure from TR Warszawa in 2009. In the play, he investigated the meaning of sacrifice by juxtaposing the mythical stories of Iphigenia, offered in sacrifice for the success of the Greek expedition to Troy, Alkestis, who gave up her life for her husband’s life, and Apolonia Machczyńska, a Pole killed by Germans in 1943 for hiding Jews. The three of them have become heroines whether they liked it not. What does it mean in this context to give up one’s life for another human being? Does anybody have the right to expect another human to offer their life in sacrifice?

His subsequent performances delivered with the artists of Nowy Teatr, where Warlikowski has been the Artistic Director since 2008: “The African Tales by Shakespeare,” “The End,” “Kabaret warszawski,” explored the themes known from previous performances, including the critique of the patriarchal society, the defence of sexual and cultural differences and the rebellion against conservative ideologies. What was new was the atmosphere of decadence that marked “The French,” a show based on Marcel Proust’s novel “In Search of Lost Time,” where Warlikowski made an analogy between the end of the 19th century and contemporary anxieties. It was an elegy for the departure of the European social and cultural formation originally shaped at the end of the 19th century and expanding at the time of the post-war economic boom, now in decline. It is hard to say what is more frightening: the Europe’s crisis or what may follow it.

Warlikowski knows how to control pessimistic diagnoses with irony and humour, a prime example of which is the show entitled “We are leaving,” presented at the Interpretations Festival. Based on Hanoch Levin’s piece, “We are leaving” is one big farewell: to life and youth, to family and lovers, to friends and enemies, to the past and dreams of the future. Levin’s heroes, members of a small Israeli community, struggle with old age, diseases and death. Action is paced by subsequent funeral ceremonies, accompanied by obituaries displayed on a screen above the stage. In the meantime, everyone clings to life with great determination and dream about a journey to a different, better world. Warlikowski exposes the absurdity of their efforts as each attempt to escape ends at the cemetery. One cannot flee themselves.

From the perspective of an individual to large narratives and back to the human micro scale, such is the sinusoid of Krzysztof Warlikowski’s theatre. His motto could be the monologue of Vivian Bond, a transgender cabaret artist from New York, delivered by Jacek Poniedziałek towards the end of “Kabaret Warszawski”: