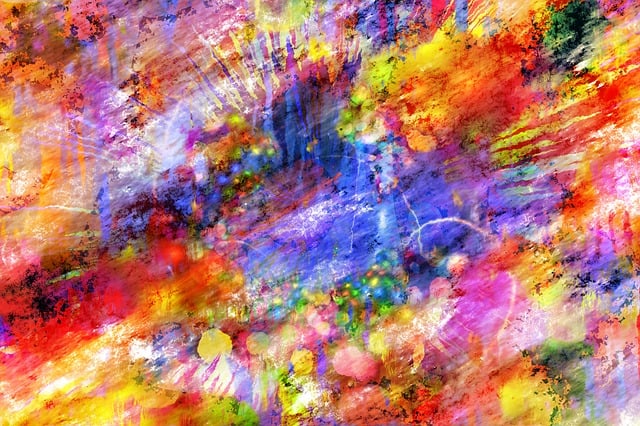 The proliferation of the languages of art is a phenomenon of the 20th century. Before, artists would obediently confine themselves to painting, sculpture and printmaking, requiring immense talent, training, practice and masterful inspiration.

A work of art had had to be admitted through the strategic gateway of the hand, and if it was not skillful, smart and did not have good contact with the intuition-driven vision for a painting, the result was a caricature, distortion and deformation of the original idea.

For centuries, artists had been allowed to operate only within the realm of form. Talent, an alert hand and the courage to experiment would make ingenious artists, yet the content of those artworks was decided by clients and patrons. For example, when Caravaggio courageously took control of the content, he immediately stirred up a scandal.

The 20th century, however, put the content of the artwork in the hands of the artist, who became responsible for both the message and its shape. Initially, artists were a little afraid of the content thing. They resorted to various formal experiments, mainly abstraction-based, doing an important job by opening up broad possibilities for the execution of the image. Images could now be pieced together from other images, mixed with foreign materials, spatialised, deformed, destroyed or mistreated in various ways. With the vast majority of those artworks, the dexterity of the hand continued to play an important role as a marker of the artist’s uniqueness.

That art experience drove artists’ freedom to individually create the media they wished to employ. Another step towards media anarchy was the fact that photography, film and collage became recognised as full-blooded art. The hand was no longer important there, since the artist’s talent consisted in being tuned into the meaning of the image. However, the hand had already been downgraded, for example with geometric abstraction. It was being replaced by a keen eye for composition and the ruler.

In the second half of the 20th century, artistic media became completely liberated. Every form, gesture, treatment or concept could be declared a work of art, and be recognized as such! That moment completely untethered art from manual skill, but any kind of freedom is challenging and entails greater responsibility. In the old days, the choice was easy: you either saw things flat or spatially. You picked your paint, stone or clay. In contrast, choosing an individual medium is a great challenge and responsibility – above all towards oneself.

Content becomes transformed depending on the way it is expressed, yet contemporary artists are not entirely clear what content they aim for. Back in the day, the Annunciation or the Crucifixion were two obvious and fairly defined themes. Today, the artist needs to probe into themselves. They need the right tools to explore this mysterious jungle within and select precisely what is being sought or needs to be brought to the surface. Seeing oneself, understanding oneself, determining one’s artistic uniqueness or defining one’s otherness all require media tools that each artist needs to invent, alter or adopt by analysing their own creative endeavours.

What is this analysis about? It often begins with the obligatory art school classes that involve the use of traditional media. While the student does not discover their art or themselves in that process, they can learn about their own capabilities. They test their hand and their understanding of the image. Although the hand is no longer the prerequisite for brilliance today, the golden medium of painting, for example, still requires that the artist should flawlessly bring their vision of a painting into gesture. Students who fail to find these talents, or do not feel drawing or painting is their thing, are obliged to embark on a difficult quest for a conceptual medium of their own.

It’s a quest for a language that does not require spontaneity, gives the artist plenty of time for execution, allows for multiple attempts and ultimately allows them to choose the version of the artwork that best conveys their apparent idea. However, it is not easy to find one’s own artistic language. As with any private language, who I am and how I express myself through art are closely aligned, and to refine the language of one’s art is to discover oneself and one’s voice. This is usually a relationship for life.

Of course, these discoveries almost never spring from a void. More often than not, they originate from the existing media and cause profound transformations in painting, sculpture, photography, film, installation art, performance art, text or drama. It is wonderful that artists are allowed to do anything and, that unlike with Dostoevsky, this does not annihilate the god of art.

How does education help artists find such a language? Undoubtedly, training in traditional media helps – since it shows the artist how they can navigate these media and what visual arguments are at hand. However, this is just a small fragment of the undertaking. Training one’s personality for art is the most important task. A good teacher can be very helpful with this, but this undertaking is mostly down to each individual. Art is a way out of the excess of one’s ego, the calming of one’s cognitive immoderation, a struggle against the whips and scorns of time.

The artist needs somehow to identify the art within, at times teasing their imagination and sensitivity if need be. And when the artist intuitively knows who they are, they need to construct a language that can speak about this ‘someone’ as pertinently as possible. Artists capable of such discipline become remarkable, though they are mostly unaware of the process itself. Often, they pay a huge price for freeing their sensitivity and subsequently seek to drown it out. One cannot become an artist without paying a price, but if they are to become one, there is no other way. No language, media treatment or trick will help if the artist is a banal and complacent petit bourgeois . The artist might not be manually gifted, but they must be able to create their own personality.