Main Page / Bez kategorii / From Art to Community and Back Again. Essay 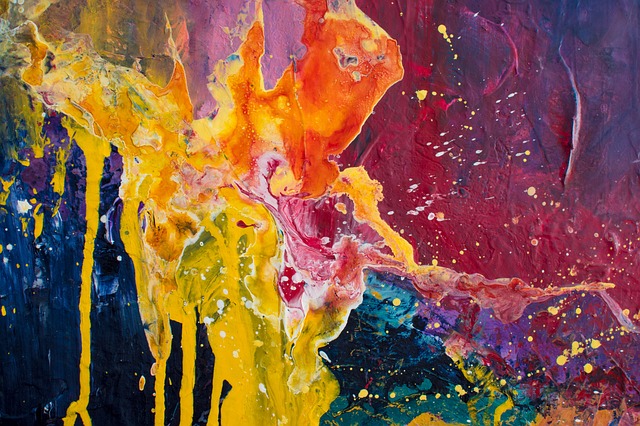 What drives change in art? Is it art that changes, or is it the world and its communities that do so? Or perhaps change does not occur in art at all, but it arises in ourselves – in the way we perceive the reality around us, which itself remains unchanged. Artistic language would then constitute a cognitive system through which we learn to understand the world.

In 1955, Arnold Bode, a Kassel-based artist and curator, decided to organize an exhibition lasting 100 days (which he called the ‘100-day museum’) to present a wide cross-section of the most important phenomena of the art world at the time. The documentary nature of the exhibition has given rise to what is now commonly known in the art world as documenta. To keep up the formula of ‘an archive’ of contemporary artistic transformations, the curator planned that it would be held every four years (every five years since the 1972 edition). The date in brackets is important not only due to the new intervals between documenta editions, but also because the curator themselves changed for the first time ever then. Arnold Bode gave way to Harald Szeemann, who had become a world star of curating by that time.

Szeemann turned documenta from a 100-day museum exhibition into a 100-day art event because he was aware that the documentary nature of the event may eventually lead to the petrification of living artistic phenomena. Since then, each successive edition has been curated by a different person and has had a central theme. The Kassel festival thus ceased to be an archive of recent changes in art and has become a driving force behind these changes. It is there that Joseph Beuys’ famous project of planting 7,000 oaks began and (posthumously) ended, with the first and last of them growing side by side on Friedrichsplatz. Half a century after the revolution introduced by Szeemann, the festival has undergone another transformation this year as it became a 100-day community.

This year, documenta 15 was curated by the Indonesian collective ruangrupa, who formally accepted this prestigious invitation yet symbolically rejected it, for the group has always opposed the star system of the art world, its prevailing Eurocentrism, as well as the neoliberal principles of the art trade. Therefore, it rejected the need to give the event a thematic leitmotif that would organize artworks around one idea, and invited 14 art groups, collectives, more or less formal art, design and research institutes and festivals to co-curate the event on an egalitarian basis. What they had in common was that they all represent Global South. Each of the 14 invited groups invited individual male and female artists or other collectives, festivals and informal art groups to join in.

This rhizome would eventually consist of several hundred people (artists, activists, researchers etc.) participating in documenta. “Make friends not art!,“ proclaimed ruangrupa, thus making an extremely important subversive gesture of institutional critique. Hence, during this year’s edition, one could hardly find the biggest and most recognised names of the art world, whose work was then on show in Venice or Berlin. On the contrary, the rhizome was made up exclusively of individuals and collectives so far marginalized, overshadowed and underrepresented within the Western art world (this was the first edition in documenta’s 70-year history to ever feature people from Indonesia!).

At the core of ruangrupa’s documenta was lumbung, that is the practice and space of sharing. Not only does it represent an alternative, contributive economic model, but it is also based on the principle of equitable redistribution of wealth, which is perceived as common. Ruangrupa brought Indonesian communal principles to the very heart of the Western art world. The project in Kassel thus approached the principles of relational aesthetics while at the same time transcending its limitations, for it envisaged contributive activity rather than passive participation. Hence, we should speak about the aesthetics of redistribution and commoning, in which we are constantly reminded that the aesthetic is political, rather than about relational aesthetics. That is why meetings, workshops, debates, cooking together, conversations, walks in the park etc. were more important this year than the art as we know it.

In my view, the lumbung practice as delivered at documenta 15 shows an understanding of the role of art and those who make it that is completely different from the Western one. The task here is not so much to anticipate the changes the world needs and a new model of its functioning (which takes on an artistic as well as an economic or social character here), but to reveal cracks in the shell that encloses reality. Art thus becomes a tool of struggle and resistance, especially for those we have so far overlooked in art history and art research. Fascinated with cataloguing, archiving, documenting, ordering, analyzing and interpreting, we have failed to see the community-forming nature of art, which comes as a space of mutual care rather than excluding. In a life full of divisions, it is art that has the role of reminding us of the ties that bind us all together and making us aware of the incongruity between the image of the world we create and related reality.

The task of art, then, is not so much to keep up with or anticipate changes going on around us, but to make us aware that the world looks different. Is a new language needed to talk about it? Undoubtedly. For it is the only language that will force us to be attentive and alert; it is the only situation that will make us concentrate, look for the nuances, differences in sounds and, above all, make us look for meanings we have not recognised yet. We need new art languages because the world speaks to us through them. And the only thing we can do is to keep trying to understand it.

Miłosz Markiewicz – Doctor of Humanities, Assistant Professor at the Department of Theatre and Media Arts of Adam Mickiewicz University in Poznań, literary manager of Teatr Śląski in Katowice