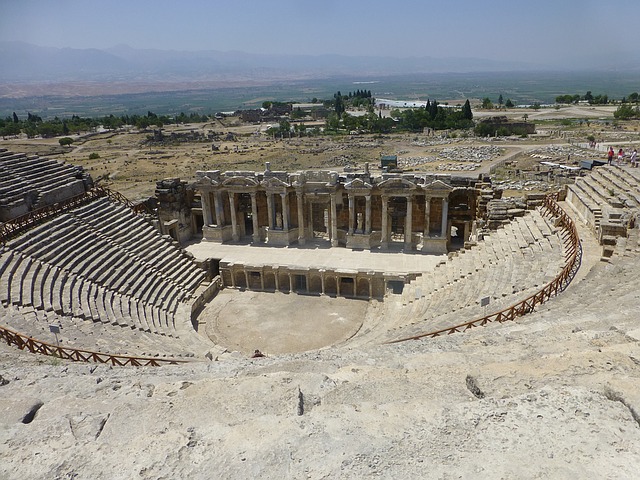 Professor Zbigniew Kadłubek writes about the director’s role and the art of directing. The text will be in the festival catalog. Have a nice read!

There is no event under the sun that cannot be played out on the stage. (Denis Diderot: O poezji dramatycznej[1])

Let me make a couple of remarks on the role of a director. This is not about some antiquarian reconstructions of the Athenian theatre of the 5th c. BC. However, while seeking for the root inspirations behind the reflection on the art of directing, it is worth going back to Attica of the 5th c. AD, when Greek tragedy emerged (from Aeschylus’ “Oresteia” to “The Bacchae” by Euripides).

Aeschylus is the first director and the total man of theatre, a Gesamtkunstwerk artist, known to us from up close. He acted in tragedies he wrote and composed music, designed choreography and directed his own plays. Aeschylus offers some useful insights into the significance of directing. Commenting upon tragedies in the 3rd c. AD, Chameleon claimed that Aeschylus “took total responsibility for all of the matters related to staging his tragedies” (passage 41, Wehrli)[2]. He made decisions about every single detail. He surpassed his contemporaries with the immense majesty and beauty of the sensual setting of his plays. It seems that his attendance to choir and stage design work, thus coming within the scope of directing, were crucial to the directorial outcome and the success of his plays against his rivals. Aristotle says overtly: “In preparing a play, the art of a costume creator is of importance greater than the art of poets (ἔτι δὲ κυριωτέρα περὶ τὴν ἀπεργασίαν τῶν ὄψεων ἡ τοῦ σκευοποιοῦ τέχνη τῆς τῶν ποιητῶν ἐστιν)[3].” A designer of a mask and costume, an actor’s stage dress – ἡ σκευή (he skeué) – likely delivered the most attractive aspect of staged plays: the visual Dionysian ‘installation’. Aeschylus was aware of that, and so he was, first and foremost, the director: the one who materializes the vision.

From the etymological perspective, drama obviously consists in movement, mainly dancing and choir’s skips, yet actors’ masks, paintings and the machinery directly contributed to the success in the dramatic tournament. If we think of directing as an endeavour that incorporates costume and stage design work, the Athenians in the 5th century BC appreciated the art of directing just as much as they did poetry, if not more. Aeschylus was the first one to have noticed that.

The director is a king. The director controls and directs. Stage phantoms need to listen to them. Stage landscape has to comply with them. The Polish word ‘director’ originates from the French language. The German language, too, might have contributed to the Polish word while the term ‘director’ was taking roots in the Polish language. Most importantly, both the French and the German words derive from the Latin. The third conjugation case of the verb is regere (with the accent placed on the first syllable), meaning: to steer, to lead, to show the way, to set the boundaries, to rule and to head. The present participle of this verb is regens: the one who rules, or governs. The root ‘reg’ covers both ‘a queen’ (regina) and ‘a kingdom’ (regnum). Regnare is to be a king, live a king’s life and rule the way kings rule. Reigning is not synonymous of violence, though. Reigning is to serve a vision.

A director reigns by ordering various elements on stage. This is directing, the art of direction: reigning. The director sits on a director’s chair: a throne. This is not a comfortable seat if it is made of wood and linen. It is difficult to sit on it for a long time. The stage is the director’s kingdom. The stage is his state. The actor (the word comes from the Latin ‘agere’: do, act, perform) does exactly what a director asks them to. However, a director provides their actor with freedom as part of their vision, within the bounds of that vision. The director allows them to freely interpret their own role after they have communicated and familiarized them with their vision. The art of directing is the art of living, that is the art of leading towards an unfamiliar horizon.

However, a sergeant is obviously not a king. The director should not be a sergeant shouting at their recruits. When Ingmar Villqist in his column “Sztuka reżyserii”[4], published in “Dziennik Teatralny” on 16 June 2018 discusses the sergeant who wants, as the sergeant said himself, ‘to direct’ an unruly soldier, he hits home. The sergeant, a very agreeable and probably a real person, defined disorder as something that has not been directed. However, he regulated the reality of his campaign by force. It is not the way a director acts, who should tenderly help the actor approach the director’s dream vision, or a concept. Such a director wants everybody to take part in their idea: actors, the audience and stage design people.

Who should be listened to more: a playwright, a script author or a director? Obviously the director. A drama is an endeavour pursued by a group, a collective, but there is just one director, who turns dramatic activities into one, individual, subjective thing. They always do so within the context of their vision. With respect of their vision, the director has no power at all. The director is a kind of a plenipotentiary of the vision, an agent of the idea. Although submitted to it themselves, they manage it for others. The more they are aware of this, the better they direct. Drama is unstoppable. What is important on the stage is the word, vision and interpretation. These are very important. However, the final word belongs to the director, the head of the stage rhythm.