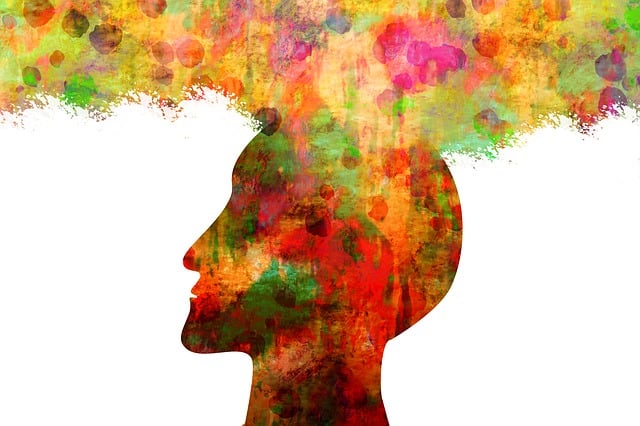 In the break between watching the next festival proposals, we invite you to read an essay by Marek Migalski about the fact that our brain is … lazy!

One’s artistic taste is very much like political views – not easy to change. This is known to anyone who is baffled to see ‘the others’, those they disagree with artistically or ideologically, still clinging to their sympathy for an artist or party leader. Obviously, you do not notice that you are subject to a similar obstinacy yourself (you call it ‘loyalty’ or ‘persistence’, instead, then).

This, however, is far from surprising, for it takes effort to change a taste or an opinion, and our brains, surprisingly to many, are lazy. Indeed, your brain works hard every day (and night): it uses 20% of your energy even though it makes up some 2% of the body. As a result, the brain makes no effort where it is not necessary. It opts for familiar heuristic approaches, pre‑existing pathways, proven manners of dealing with the deluge of information. If you do not force it to revisit its previous ways of reasoning, it will make your body persist in the proven ways of coping with reality. Unless an extraordinary event occurs, elephants lead their herds to watering places along the same path every day, and storks fly the identical route from Africa to Europe every year. If something has worked in the past, it is likely to work in the future. Such behaviour is evolutionarily viable. And your brain ‘knows’ that.

Contrary to popular belief, the brain is not meant for thinking. Its main task is the survival of your body. Just like kidneys, lungs, heart and liver, it works to sustain life. And it does everything to make it happen. This is also the origin of ‘its’ tendencies we most often criticize it for: group subordination, selfishness, gluttony, violence, distrust of ‘strangers’…

For millions of years of our human and pre‑human existence, these types of responses have been justifiable. However, nature (and evolution) is also where we derive our ‘good’ qualities such as empathy, the ability to work together, altruism (not only for our own kin group, but often also other species). In both cases, however, the brain prompts us, or actually orders us, to behave in ways that are beneficial and evolutionarily viable. And reluctance to change is part of such behaviour. It would have been fatal for our ancestors to look for water somewhere else each time, or if they had abandoned their way of hunting in favour of some novelty every now and then. We are all descendants of those hominids who would willingly persist in what they already knew and recognized as beneficial to themselves. Therefore, let’s not be surprised that you and others have a natural (sic!) predilection to stick to what you have already accepted and practiced.

Beware, though: such an attitude works until it does not, until persisting in it can become destructive to you. It’s just that circumstances sometimes change so much that following the previous hermeneutic approach or paradigm would be detrimental or even deadly.

Change is necessary, essential, life‑saving then. We would not have stood at the top of the ‘animal pyramid’ if we, as a genus (and later as a species, Homo sapiens), had not been able to make a timely change in our thinking as well as our behaviour. It’s our brain’s ability to respond appropriately to changing realities that has taken us to concert halls and universities, offices and skyscrapers, and launched us into space. If anything truly and fundamentally differentiates us from the other animals on Earth, besides brutality and our joy at unjustified cruelty, it is this ability to change our ways of thinking if necessary.

Indeed, even a slug can persist in proven patterns and rely on them to survive in favourable circumstances. But of all living organisms, humans (and, arguably, bacteria) are best at denying such patterns, negating them and adjusting them as necessary. What is admirable about people then? Both the ability to use proven and reality‑checked heuristics and to change them when necessary in the face of new information coming in from the world. I am writing this as a person who has changed their own political views many times and, following many ideological meanderings, has settled on the warm shallow of nihilistic liberalism, and as the author of several novels whose literary, or more broadly,
artistic, tastes have changed many times.

I used to feel discomfort towards ideological and aesthetic volatility, but now I know that if it is sincere and not opportunistic, it is something extremely human. Beware of those who have never changed their political views or artistic tastes, as they can be dangerous to themselves and others. Let’s enjoy our attitudes as long as it makes sense, and rejoice in change when it is the right response to our evolving reality.

Dr hab. Marek Migalski – Professor of political science at the University of Silesia in Katowice author of dozens of books and scientific articles, novels, retired politician