Permanent state of emergency. Foreword by the director of “Interpretation” 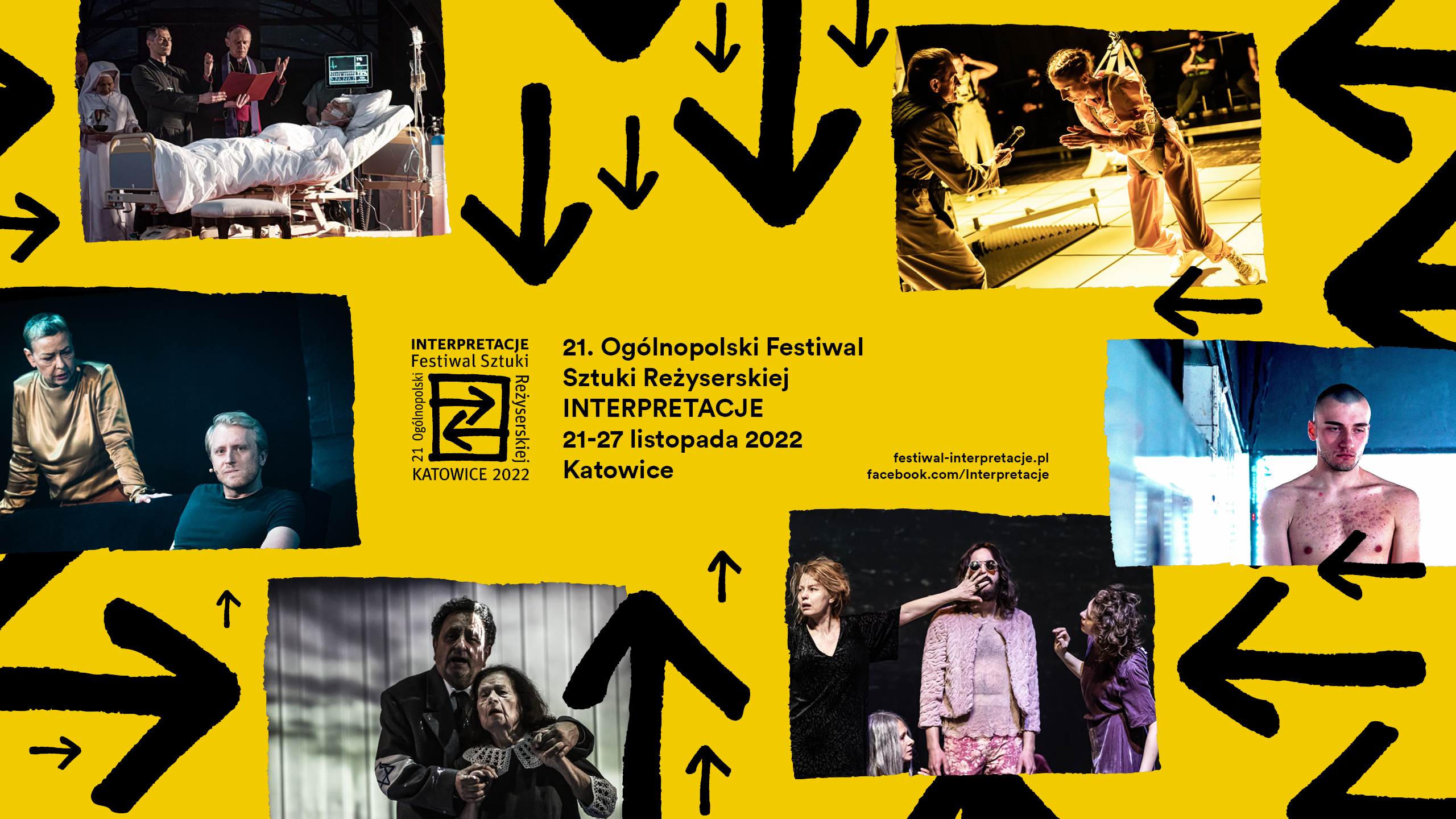 Below you can read a column announcing the upcoming festival by Ingmar Villqist, artistic director of the Polish Festival of Directing Art INTERPRETATIONS.

While saying goodbye to each other two years ago during the award ceremony for the winners of the 20th edition of the INTERPRETATIONS National Festival of Directing 2020, which was streamed online, since the INTERPRETATIONS was broadcast on laptop screens like most theatre festivals during the pandemic, we hoped to meet at the next INTERPRETATIONS and enjoy the competition performances of young artists of the Polish theatre in theatre halls.

And so it happened, indeed. The pandemic, for the time being, has been transformed into a pandemic emergency. We have returned to theatre houses exhausted, disoriented, longing for the sight of actors at our fingertips and live audiences around us. We have gotten back to theatres following months of separation, miserable remote work, fear for our loved ones and ourselves, uprooted from the safe rhythm of our previous lives, out of balance, irritable, prickled with vaccines, humbled due to the horrors of the pandemic or confessing conspiracy theories. One way or another, that was supposed to end one day. There was supposed to be peace now.

But there is no peace, since there has been another pandemic going on for months now, though it is not about some absurd spiky virus now. It’s the Russian satrap Putin this time, fuming with hatred for the world, firing rockets into Ukrainian cities, settlements and villages. These days, our Ukrainian neighbours across our eastern border are living through a real war, one our parents and grandparents would tell us about and previously watched only in archival films and photographs.

On top of that, this Hitler of today is threatening the world to nuke Ukraine, the West and us. Would you believe that a year ago? It’s the year 2022 rather than a James Bond movie. Has the world gone crazy? Of course it has, it went crazy the day after it had been created. After all, we invented religion, law, culture and art to tame ourselves and not to chase each other with axes in our hands, howling shrilly.

I would like to devote my piece for the programme of the 21st edition of the INTERPRETATIONS
to the new language of theatre, which is more and more evident in performances of the youngest generation of Polish directors and theatre artists. A new artistic language might emerge in a given discipline slowly, cautiously or suddenly, abruptly, almost explosively, to ruthlessly destroy the old grammar; it can be brought by force, sometimes ‘invented’, but it’s necessary and indispensable
for us to be able to talk about the world that has changed before our eyes in a language comprehensible
to a new, young audience. As I am writing this piece, I can hear a radio recap of yet another war day in Ukraine. It’s difficult to reconcile writing about the new language of art with that news coverage.