New language, new theatre. About important performances in the past 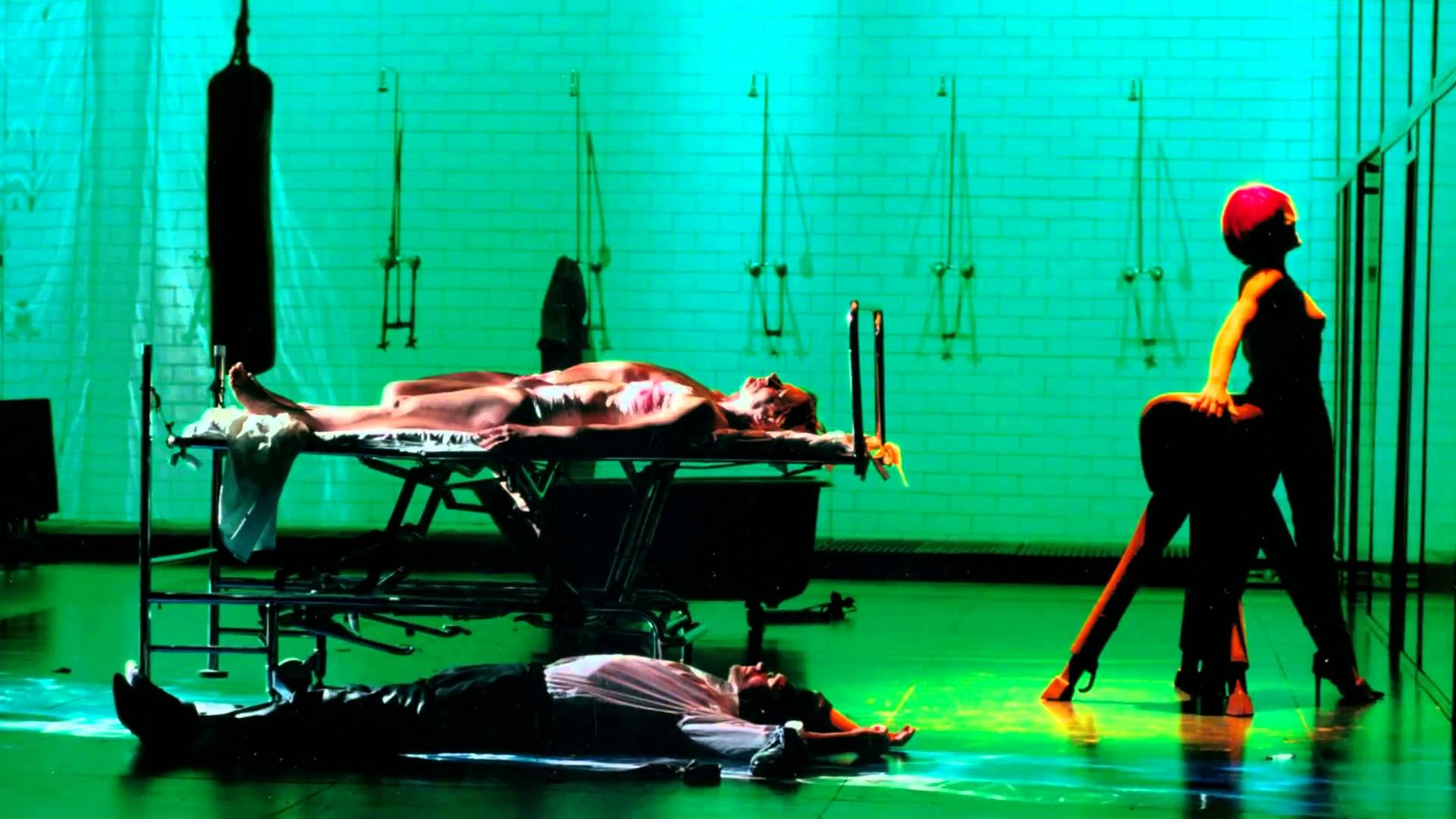 The Interpretations National Festival of Directing was originally meant to present performances by
young directors whose path to debut in institutional theatre was neither easy nor obvious at the
time. Quite unexpectedly, from the very first edition the festival would manifest a new stage aesthetic,
a new theatrical language and method of text work. Many spectators would find the mode of narration presented by the young artists shocking. Others would take it as a breath of fresh air and a way out of the vicious circle of the correct and unfortunately often schematic productions, mainly of theatrical classics. To greatly oversimplify it, that divide generally followed generational lines and was associated
with worldwide changes in culture, the flood of mass culture and new modes of communication.

Having linear plots and often embracing stage traditions, the classical productions suddenly no
longer corresponded to the outside world, one full of chaos, contradictions and underpinned by
existential anxiety on an unparalleled scale. Not only did young directors observe that process,
but they also experienced it. And they would reflect it on stage to provide a new theatrical quality.
Insecurity, frustration and fear would seep into their performances in the form of fragmentary
plot, seemingly incoherent narration, sharp lines delivered by actors and the breaking of moral
taboos. On the formal front, however, we could see references to films and the use of well‑known pop cultural phenomena.

That view of drama and the world was exemplified by Anna Augustynowicz, the winner of the first edition of the Interpretations in 1998. She surprised the spectators with everything: with the text she chose to stage, the way she interpreted it and her precise work with actors of Teatr Współczesny in Szczecin. As a result, the audience felt like it had been participating in the staged events rather than just observing them. Moja wątroba jest bez sensu by Werner Schwab was a story about the degradation of humanity that people caused to themselves and even nurture, while (literally) rotting in the world without having any purpose or ideals. The bleak world, horrible people and offensive language in Schwab serve as an indictment against contemporary consumerism and bourgeois lifestyles. Anna Augustynowicz has given his message an extra universal touch. Inw my view, this quality of the play would have been impossible to attain without bringing the postmodern production mode onto the stage.

The generation of artists who made their debuts in the mid‑1990s also went down in the history of Polish theatre in terms of the directors’ enormous involvement in modifying the dramas they staged. For many seasons, this has been one of the most frequently raised objections regarding their stagings, reproached for their carelessness, being disrespectful of the word and bizarreness as well as for their ostentatious display of violence and eroticism, absent from original dramas. However, the vast majority of directors representing that trend (surely not all of them) were able to justify their dramaturgical interference with original dramas. They also introduced the names of authors virtually unknown or rarely staged in Poland, for instance the work of Sarah Kane, an author of dramas marked by the apocalyptic vision of human life deprived of love and understanding, meaningless and leading to self‑destruction. Directed by
Krzysztof Warlikowski, the winner of the Conrad Laurel in 2003, Kane’s drama Cleansed was one of the most shocking artistic experiences at the festival in Katowice. Perfectly guiding the actors through the meanders of the play’s hidden meanings, Warlikowski made use of all of the tools and principles of the new theatrical language on a formal level, as he was fully aware that that was the only way to move the audience. Produced at Teatr Rozmaitości in Warsaw and Teatr Współczesny in Wrocław, the show has been recognized as the highlight of the new trend in Polish artistic life.

The generation whose debuts would coincide with the emergence of the Katowice’s Interpretations National Festival of Directing sought inspiration in Polish authors as well, trying to read them in a new
fashion. A form‑experimenting playwright Witold Gombrowicz would intrigue Grzegorz Jarzyna so much that the young director was awarded in 1999 the Conrad Laurel for staging two of that playwright’s
pieces: Iwona, księżniczka Burgunda at The Stary Theatre and Historia at the TelevisionbTheatre. Many years later, the former seems particularly interesting. Seemingly produced in a pretty traditional way, including in terms of costumes (although costumes per se have been rarely used in performances of this directorial movement), the show surprised the audience with its clearly perceptible sensual undercurrent, the sensuality of protagonists’ experiences and the extremely broad range of emotions.
The new language of drama, the mixing of genres and narrative modes, the use of multimedia, film‑like editing of scenes, as well as the extraordinary mélange of brutalism and the deepest human emotions are nowadays theatrical norms, but in the early days of the Interpretations, the above‑mentioned plays were just a clear signal of a breakthrough yet to come. Not only in theatre…