Master performances. “Męczennicy” (“Martyrs”) at the end of the festival 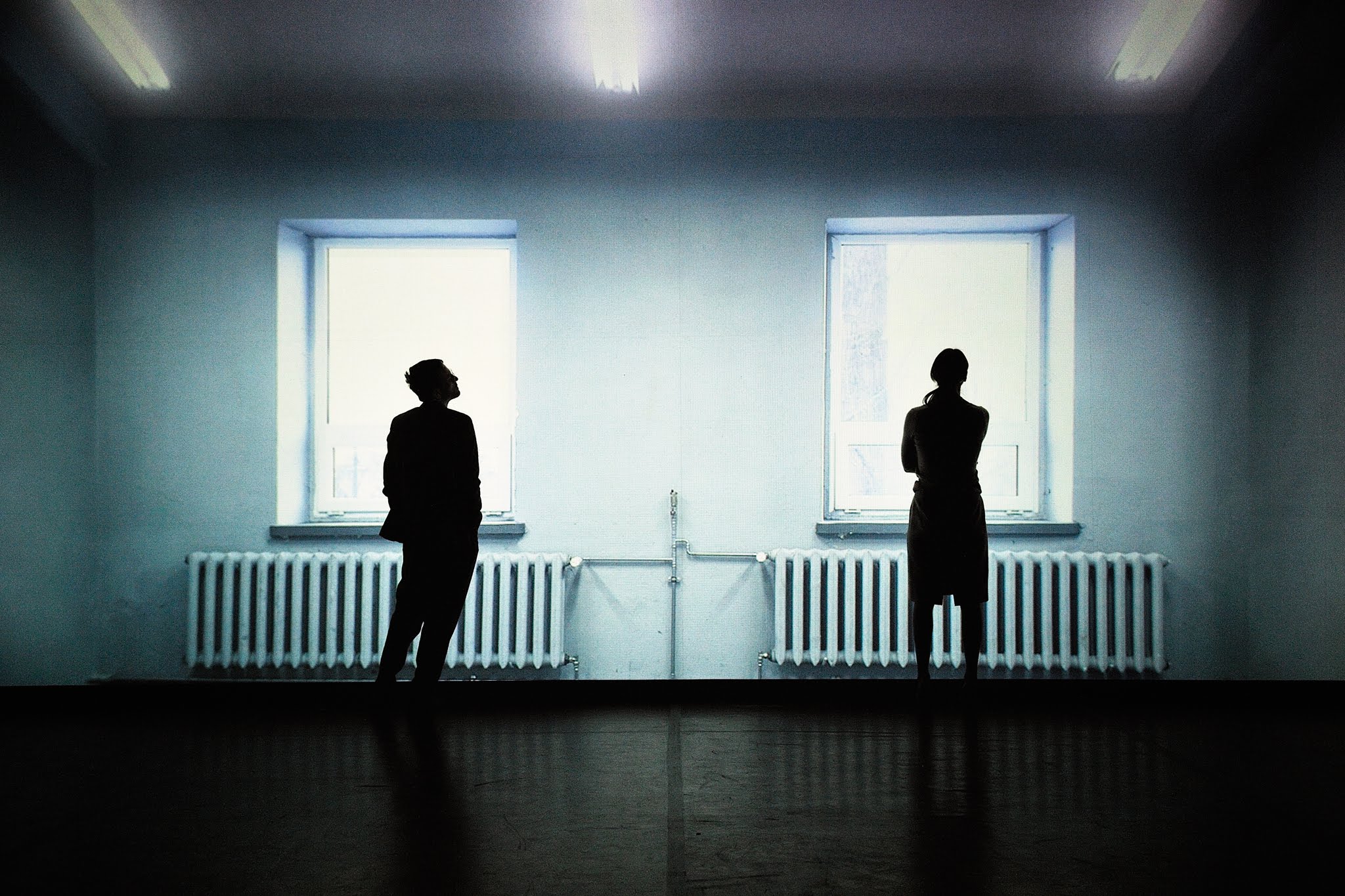 We will present “Martyrs” directed by Grzegorz Jarzyna from TR Warszawa to the final of the festival. After the performance we will know the winners.

Europe lives in anxiety, for the first time since the time of totalitarian regimes. What are we afraid of? The other, who may come and destroy our values, our life style and safety. Radical religious movements that want to control the lives or individuals and societies. An economic crisis that will affect families and whole communities and subvert the sense of stability. These anxieties can be addressed only by one’s turning towards the principles of faith. They are supposed to provide a steady foundation, upon which to build the live among moving sands; upon which one can tell good from evil, and the moral from the immoral.

What if faith turns into dogmatism? What if it becomes a sword that pierces human, the family and the community? What if the idealistic impulses lead to religious fanaticism?

“Don’t be scared,” says Lidka, the heroine of the performance by Grzegorz Jarzyna. The middle school student seeks in the Bible an answer to her anxieties, her identity and the sense of her life. Her father is concerned about the sudden change in her interests and behaviour, which are also incomprehensible to her peers and teachers. However, Lidka does not care about the opinion of her community. There is just one goal and one truth, for which one needs to sacrifice everything.

Grzegorz Jarzyna’s performance looks into the mechanisms of fear and fanaticism faced by the world today. This is a dramatic story about people ready to pay the highest price for the values they follow. Where does this kind of determination come from? How does religious extremism emerge? What is faith to the human now? Where is its place in the liberal system? What is today’s Europe afraid of? What are we afraid of?

“Martyrs” is a political grotesque, a satire on the cultural war, or perhaps a tale about the lost girl? Lidka (Justyna Wasilewska) refuses to attend the swimming pool classes. Her father (Cezary Kosiński) – liberal and understanding – wants to help her. However, Lidka does not want to be just exempted from PE classes. She wants to be officially exempted on the religious grounds. She refuses to watch the bodily ‘shamelessness’. The school gives her much more: the students will swim in costumes covering their bodies up to their necks. Armed with a copy of literally interpreted Bible, the girl continues her cruciate, which she thinks of as the Way of the Cross. Another station: sexual education. If God says “be fertile and procreate,” why should we have classes to teach us how to put condoms on? Then – a class about Evolution. The original piece by Marius von Mayenburg (premiering at Schaubuhne in Berlin in 2012) featured the character of Beniamin instead of Lidka […].

At TR Warszawa, Lidka is more of mysticist than a crusader. We can see her in the scenes of long, ardent prayers. The look of Wasilewska, one of the most interesting actresses of the young generation – a subtle and at the same time strong and intense scenic presence – makes her resemble the saints represented in Gothic paintings […].

Jarzyna and the dramaturgist Roman Pawłowski have changed the gender of the protagonist, and it is evident that gender issues crop up in yet another way: the girls are sensitive, sensual and spiritual, and boys are militant, coldly calculating and assertive.

Wasilewska stays the on stage almost incessantly. We watch the world outside from the perspective of the protagonist’s self. This is why the teacher Dawidowicz and her intimate partner and PE teacher (marvellous Piotr Głowacki) are so grotesque and sexually obscene – they sniff at and jump around each other like monkeys – the symbols of disgust, something Lidka sees in Darwin’s theory.

This is why her schoolmate (Dawid Ogrodnik) is so humorously infantile (although this is the price you pay for casting adult actors for high-school students). This effect of subjectivity is complemented by the funny perspectives and the shadow play, the large silhouette of a priest towering over the girl.

The background of the school scenes is made up of screened images of classrooms and halls, yet it is hard to think of “Martyrs” as a commentary upon Polish ideological conflicts. Lidka is not an activist associated with Father Rydzyk, and the realities of the piece of von Mayenburg have little to do with Poland’s.

When Lidka’s father and her teachers are outraged at the cross being hung at the school, we can just bitterly smile. Not only do Polish schools lack sexual education. Crosses have hung there for a long time now – no Lidka-like girl needs to mount crosses made of wooden planks. And do not dare to take them down.

An brilliant performance from Grzegorz Jarzyna at TR Warszawa does not judge anyone. Instead, it recounts a story about the world without values, where religious madness offers an escape.

Grzegorz Jarzyna does not have it easy. I have heard such things about his latest show… That it is infantile and flat, that its protagonist is an idiot, and that it does not pay enough attention to ideology, since there is little to be outraged at […]

After seeing “Martyrs,” I believe that Jarzyna does not need any labels now. It does not matter if you look for the traces of the once troublemaker, or, on the opposite – going to call him a new classic, or a conservative […].

In Jarzyna’s performance, there is not one moment when the normal teenage girl turns into an obsessed fundamentalist. Everything unfolds slowly in Lidka’s prayers and her conversations with her friends and teachers. Justyna Wasilewska proves in this unbelievably difficult part that she is likely the most extraordinary actress of her generation. She has the internal power that makes us absorb her words and follow her step by step. She creates a twisted personality that is enchanting and does not let the audience enjoy any comfort of safe distance. We thus do not reject her with an embarrassed smile; instead, we might feel some empathy at times without taking any side.

This is Jarzyna’s greatest show – appropriating the audience for the recounted story, making us part of it […].

There is plenty of acting success here – besides Justyna Wasilewska, there is Roma Gąsiorowska, cast in spite of her image, Aleksandra Konieczna, and fantastic brief appearances by Sebastian Pawlak, Piotr Głowacki and Dawid Ogrodnik. The harmoniously working troupe is greatly committed to supporting their soloist. There is something else worth mentioning, too – the video projections from Robert Mleczko. They expand the space and build the stage world of “Martyrs” with film images of the school hall and the locker room. They are then deformed, as if they were going through the twisted mind of the heroine. In addition, they aptly reflect film fascinations by Grzegorz Jarzyna. His theatre has also been the sum of various fields of art, especially cinema. Today, it is so more than ever.

With “Martyrs,” Grzegorz Jarzyna is fascinated with ideology, which reconstructs the Christian narrative about truth and seeks to make people aware that they live sinful lives and are internally enslaved – as often claims Lidka, the lead character of the play and an originator of a crusade, and the Priest, a religion teacher. However, Jarzyna’s show does not represent the rise of fanaticism, the birth of certain vision of the world that is then imposed on others; it is rather a show about the metaphysical desire, on the need to transform one’s life and the world and the idealistic belief that this transformation is possible […].

“Martyrs” clearly highlights the antagonism between two worldviews – the religious one and the rational one. Lidka obviously speaks for the former one; the latter is represented by the biology teacher, the head of Lidka’s school group, an atheist who trains students on contraceptives during the weekly class meetings. The very simple dramatic solution – to represent the conflict of two opposing views – brings a very important epistemic theme into the show – one associated with human’s creation and the clash of two views upon human creation that are incompatible with each other: the Darwinist one (human is “a rational animal,” the creation of evolution) and the Christian one, set forth in the Bible (human is the creation of God, a being that is God’s reflection, the miracle of creation). In the final scene of “Martyrs,” the teacher asks the audience a question about the version they believe in. Does the audience admit the affinity with the monkey or they prefer to think of themselves as the children of God? The conflict between Lidka and the teacher is that none of them can put themselves in the position of the other. The teacher makes an attempt to understand, starts reading the Bible, takes notes on small yellow cards. She fails, though, Jesus Christ continues to be her enemy, and the religious ecstasies – the falsity and compensation for the lack of something.

The coexistence of those two opposing positions is clear due to the setting of the scenes. Lidka’s monologues and her conversations with God usually take place in semi-darkness; sometimes one can hear voices in the background or see a white line running up on the screen at the back of the stage. During one of Lidka’s monologues, the line represents the stream of God’s grace coming down on the girl, standing in the middle of the stage with her arms spread wide apart – as if a figure of cross. The scenes featuring teachers are against the backdrop of a drawing of two monkeys that roam the Earth. This drawing shows up most often when the teacher talks to her lover – the PE teacher – or the school principal, with the dynamics between teachers and the principal being marked by strong erotic tension […].

“Martyrs” fits perfectly in the current social and political climate associated with the rise of fundamentalist religious worldviews. They represent the process of one’s strongly committing to certain idea or a vision of reality, previously having agreed to adopt that vision as one’s own and to enforce such a vision. One can also reflect on Jarzyna’s show without pointing to current issues. Within such a perspective, then, the show represents tensions between what is rational and what is sensed, spiritual and intangible; it forces the audience to adopt some stance and respond the question of what is faith, if it is needed and what it expects from us, and whether what it requires from us interferes with other people’s lives or not.”