Inter-pretations. The Praise of Plurality 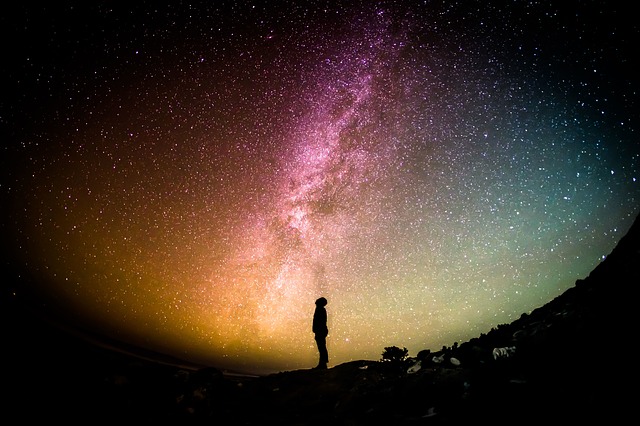 Below we publish a text by Professor Tadeusz Sławek on the concept of “interpretation”, which was included in the festival catalog. The catalog will be available during the 19 th “Interpretations” Festival. We invite you to read.

Inter-pretations. The Praise of Plurality

1.It’s by the door of thought and the window of observation that suffering comes into one’s house.” (translated by Richard Zenith)

The window of observation and the door of thought: framed as an architectural metaphor, Fernando Pessoa’s aphorism from “The Book of Disquiet” demonstrates that the nexus between the two realms is inextricable: observation and thought open us up to what-is-there. After all, everything manifests itself in order to be watched and admired. Hannah Arendt writes about the ‘passion for watching’, the dominant feature of the Greek relationship with the world. The peace/room of human existence is between the window of gaze and the door of thought; at once actors and spectators, we navigate this space, making all efforts for this peace/room not to become the prison of the single thought and the single perspective, anxious that, with the excess of tension between multiple perspectives and thoughts, the peace/room might turn into war. To live in peace/room, deliberation is needed. Often satisfying us with overly simple answers to essential questions, the lack of deliberation offers certain seductive power, which inter-pretation can resist.

2.“Politics is based on the fact of human plurality”

Arendt’s argument points to the plurality of windows and doors in question. The polis of human life is a metropolis that owes its existence to the communicative capacity rather than walls. The plurality typical of human existence means that mutual relationships take precedence over boundaries. Delineating boundaries is a dividing act that defines privileged areas of familiarity, in which we give ourselves the sense of being superior over everything outside of the boundaries. The act of mutual bonding provides connection, which requires me to take a step back and leave an open, welcoming space for others to come in with other views and thoughts. Before I take action, I have to try to understand the kind of reflection that the human plurality arouses in me. This is the consideration that likes no rush. The consideration comes with the respect for other views and thoughts. I do not control them; I witness them. I do not take the role of policing the boundaries and fending off any attempts to slip into the polis, which, above all, believes in its own safety and peace of mind. However, the room/peace in question has little to do with ‘the peace of mind’; on the contrary, it is one’s acceptance of the danger and risks that come with plurality and otherness.

3.“Like the camel kneeleth he down, and letteth himself be well laden.
Especially the strong load-bearing man in whom reverence resideth. Too many EXTRANEOUS heavy words and worths loadeth he upon himself […]” (translated by Thomas Common)

Upon entering the space of deliberation, I withdraw all guarantees of certainty that I have given myself and that now prove to be someone else’s; it dawns on me that this is the ideological, partisan burden I carry like the Nietzschean camel. Now, before I say anything, before I write or sign anything, I come to have doubts, which are merely my sensitivity towards the views and thoughts other than my own. Inter-pretation is the mother that nurtures doubt. In the state that I refer to as deliberation, words recover their lightness, freed from the dogmatic, fundamentalist gravity that comes with the only true view and the only true thought. Deliberation is thus synonymous with reading. It is the kind of reading that is attentive, focused, freed from prejudice and done on one’s own behalf. It is the kind of bold reading by the mind liberated from illusions, which have forsaken the fantasy of being the only one to leave the Plato’s Cave and see the only true world, or the only view and the only thought representing it. Deliberation, reading, inter-pretation: the plurality of views and thoughts and the idea that we are all citizens of the Greek philosopher’s Cave, where we shall seek joint economy.

Reading and inter-pretation make up the art of co-being. Even if they occur in solitude, they echo the meanings of words spoken and written in ancient times and remote places. As they always take place in company, they never start from scratch; they come onto a pre-populated stage, even though we are not always aware of their presence and might not know where the other voices come from. “[…] The isle is full of noises, sounds and sweet airs […],” says Caliban. This is because it is an island, seemingly deserted, and with ‘The Tempest’ Shakespeare made it an eternal synonym of theatre and human life. This we can infer from the famous monologue by Jacques in “As You Like It,” quoted above. We are never alone on this stage; we always read with and among others. The more we reflect upon it, the more we realize that we are only to a small extent what we have thought to be with such unwavering certainty. Interpretation is inter-pretation, the hyphen being of great significance rather than an ordinary punctuation mark. As demonstrated by the great hyphen poets such as Emily Dickinson and Edgar Allan Poe, the hyphen is the space where the world gives us food for thought. This means that with the sensitivity to other views and other thoughts already present in the apparently my world, the avenue for new solidarity is provided. I listen to the voices of those who have previously kept silent or have been silenced. I con-tribute my questions to them. I experience the beneficial loss of self-confidence.

5.“By “public use of one’s reason” I mean that use which a man, as scholar, makes of it before the reading public. (translated by Mary C. Smith)

This is the claim that Immanuel Kant makes in his famous essay defining the Enlightenment. That small yet precious piece implies that it is essential to reject the ‘noage’ for the future of human race, to recover the skill of reasoning at one’s own risk, which shall save us from the seductive calls of political and ideological sirens; this future, however, will be uncertain if the human loses the art of reading. It is the ‘reading world’ (Leserwelt), with the mission to continually discover the plurality and otherness and subvert the shells of infinitely confident identities and the privileges based on belonging to large groups such as nations, may save democracy as the form of one’s being part of the plural. The reading world is the world of conversation. Conversation differs from ‘a statement’ or ‘an interview’. It does not announce things overtly to everybody; it does not reveal one’s secrets; on the contrary, it reaches the point where everyone keeps the essential mystery of their being. Conversation is the domain of freedom, and inter-pretation – its special form. There is no room for superiority of the speaker over the listener doomed to submit themselves; the conversation is not a race to take a better position for us to provide commands and orders. While having a conversation, one seeks to be considerately listened to rather than being unthinkingly followed. Inter-pretation is what goes on between those having a conversation and patiently listening to each other.

6.“Each of us is a peninsula. Despite various fanatics’ aspirations to melt you down so that you are completely absorbed by the body of nation, faith or a movement and not a bit of your individuality remains […]”

Inter-pretation confirms our peninsular condition as referred to by Amos Oz. In it, we inevitably reach out to other voices and presences and accommodate them as they arrive at our shores. For inter-pretation, one needs the courage to take risks. The hitherto well-crystallized thoughts and words, which have adhered to thoughts so closely, come to reveal cracks and gaps. Inter-pretation enters the fissured world, traversed by interstices; formerly smooth and ‘ironed’, the language matter folds and wrinkles up. Inter-pretation belongs in the realm of folds and waves, and of the old age that will never see fit to remove the wrinkles. These skin folds multiply one’s face. As I abandon the familiar meaning of the word defined by the customs and dictionaries, I leave my family home and emigrate from my hitherto homeland. I become a sans-papiers. I am looking for shelter in the land unknown. Upon my return home, nothing is going to be the same, as it was for Gulliver after he had returned home from a long journey. Krystyna Koziołek argues that reading and inter-pretation provide us with the capacity to create visions of social, economic and political forms of life alternative to those we live in.

7.“The tigers of wrath are wiser than the horses of instruction”

Inter-pretation thus consists in disagreement about what-is-there. Not only due to the words that at once reveal the perspectives of the world completely different to those that we are used to. Now, although it is very important that inter-pretation shares its origins with philosophy, the source of both being amazement, the foundation of all philosophical thinking as argued by Aristotle, it does not fully exhaust the question of this fundamental disagreement. We also need to consider the element of wrath, valued so highly by William Blake in the above aphorism. It is not about the destructive ecstasy, nor the impulse that leads to the wartime struggle. It is about certain urgency, my feeling that something has urgently and directly come in touch with me, and it is not enough to say it concerns me; I need to use stronger terms – “something has touched me,” and I cannot remain silent in this situation. I feel that the situation I am in, be it a disquieting sentence or dramatically oppressive political circumstances, does not correspond to anything I know or could have expected. Of little use is the wisdom of common sense derived from the tradition supporting daily practices. Not only is this situation new in a way but it is also affecting me personally and calling for my response. I know that traditional ways of being in this situation will not be enough for me anymore; shocked, I need to detach myself from them and head for something else, something that, as I come to move, is yet to be known. It is then that I enter the space of the hyphen. This is the wrath that is the element of inter-pretation, the wrath that is a response to the situation in which “[…] a strong, dangerous curiosity regarding an undiscovered world […]” reveals itself, as claims Nietzsche in the foreword to “Human, All too Human.” The philosopher then provides the following conclusion: “’Better to die than live here’— so sounds the tempting voice: and this ‘here’, this ‘at home’ constitutes all they have hitherto loved. A sudden dread and distrust of that which they loved, a flash of contempt for that which is called their ‘duty’, a mutinous, wilful, volcanic-like longing for a far away journey […].”