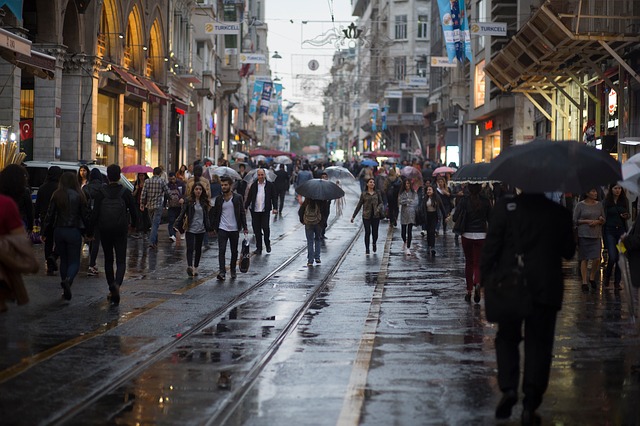 Professor Adam Bartoszek from the Institute of Sociology at the University of Silesia in Katowice discusses in his article the mechanisms of directing processes and social groups in today’s world. The essay will be published in a special publication on the occasion of the 19th edition of the festival.

Society is today viewed as the realm of increasingly great risk due to the lack of personal control over events that often negate the ethical rules of conduct or endanger our relationships with others. Safety threats are heightened by the increasingly widespread virtualization of online communication, networked monitoring of the activity by the individuals within social space, which comes with a flood of information and chaotic stimuli. Even contemporary education and culture are not capable of making sense of and following them[i]. Psychological concerns about hidden social manipulation are on the rise. Such concerns stem from the popular fantasies of how effective social engineering can be in influencing certain social groups, whose members, or their attitudes, might be profiled by specialists who have the knowledge of social influence mechanisms. Such anxieties are quite widespread, as shown by the many people who expect, among others, sociologists to develop scripts that would help them affect human motivations or marketing stimuli that would trigger desired behaviours. Throughout my career, I have had several enquiries of this kind: I was requested to develop social engineering techniques to influence various groups and communities getting in the way of investors’ or administrators’ intentions in a given local community. Those who made those requests, however, usually had no extensive knowledge about a given community, or they had no valuable ideas or motivation to directly communicate their offer to their customers or electorate.

The desire to control social groups and direct their behaviour is not typical of naive manipulators, only. It has also been the driving force behind great philosophers’ and scholars’ endeavours. Just think of Aristotle’s drive to bring up intelligent, virtuous Alexander the Great[ii] or the outstanding public speaking skills of Cicero, which did not help him gain the expected control over the course of events and political situation[iii]. It was easier for Plato to design his vision of an ideal state[iv] and for others to create the visions of happy islands such as Utopia, although Thomas More[v], the originator of this concept, ended up on the scaffold for the moral critique of his king’s rule. Hence, although the sages could not exert effective influence on the rulers and the direction of political systems, they continued to furnish the ideas to improve them. Modern science seemed to have facilitated progress in that regard, and its empirical methods provided the foundation for the inquiry into the laws of social institutions in order to remedy them. The father of sociology Auguste Comté defined the concept of social engineering as a positive theory used to alter the collective behaviour for the sake of human progress. He believed in the power of science, expected to change collective behaviour through the knowledge of benefits stemming from cooperation and of the social consequences of competition, underpinned by selfish motivations. Interestingly, in order to make this transformation happen, the state would ‘direct’ a religious cult of the power of mind and science within the church of humanity. The cult legitimized the need to substitute the institutions of the theological Church and its priests with scholars and turn the citizens into a community based on rational knowledge so as to incorporate progressive principles of science into social life[vi].
It is easy to see how this 19th-century path of positivistic scientism and naturalism led in the 20th century to the ‘scientific’ doctrines of authoritarian rule over people. The Nazi fascism was not a propagandist product of Führer’s racial hatred and national megalomania. It was about consistently ‘directing’ the German political power based on the latest technological developments and the scientific management of exploiting the conquered populations. Equally dangerous in terms of its consequences was the Communist ideology of class war and the political engineering behind the mission to build a just socialist society, ‘directed’ in line with Leninist and Stalinist or Maoist patterns. Defeated politically and morally renounced as criminal, these totalitarian systems make a warning against the promotion of dreams about ‘great dictators’ that can act as ‘directors’ behind human history. However, this warning is disregarded by numerous ideological troublemakers, who continue to seduce society with ‘hidden enemies’ and ‘foreign powers’. Particularly ironic and embarrassing is the emergence of small groups, part of the community of young Polish nationalists, who ‘direct’ the cult of Hitler and the fascist swastika. We know that the great popular shows directed for the needs of totalitarian propaganda drove the development of film art, yet those who imitate its dangerous images are merely figures in a cheap pastiche. Important is the widespread awareness that the practice of directing political shows consists in arousing crowd emotions [vii]. Social groups and institutions are usually organized to control the nexus between the values, on the one hand, and pragmatic principles of pursuing group’s interests, on the other.

Everyone is an actor

Sociologists have described several interesting mechanisms that demonstrate the possibilities of ‘directing’ the behaviour of large social groups. Robert K. Merton, for instance, discusses the effect of “self-fulfilling prophecy”, or “self-fulfilling prediction” – when a given depiction of a situation later turns into a real situation[viii]. An ‘authorized’ rumour about the insolvency of a bank is going to become true; a propagandist belief in low intelligence of those from poor social classes, or impropriety or low hygiene in ethnic migrants might materialize, too. The upholding of the stereotypes and prejudices is a way to ‘direct’ the relationship within the cultural and economic space between the groups of ‘higher’ and ‘lower’ social strata. These are the mechanisms embedded in cultural systems that make patterns of symbolic domination. Their immanent feature is the spontaneously and unconsciously re-enacted regulation of the patterns of conduct. The critical inquiry into those rites and cultural patterns, thought of as ceremonial forms of exchanging mutual services and public demonstration of respect or individuals’ and groups’ submission to the ruling power, made sociology a field of modern science.
At the level of small social groups, the practice of ‘directing’ daily life has been studied, among others, by Erving Goffman, who would employ the theatre metaphor. He recognized all of us as actors playing their roles on the social stage, where the social group provides us with the means of expression and the blocking, and we put on masks to expressively affect our partners and rivals[ix]. The dynamics of ‘directing’ small groups is marked by extremely high plasticity due to the personal relationships between members and leaders’ strong influence on social atmosphere and effectiveness of their functioning. The knowledge about the significance of informal relationships within task groups has contributed to the more effective management of staff teams. We have seen the development of concepts aimed at integrating organizational cultures with mentality, competence and knowledge of staff members.[x]

Technocrats’ dreams of effective social engineering techniques have been partially implemented in the human resources management in the labour market and consumption. Georg Ritzer has described the principles developed at the McDonald company as corporate rules that aim to simplify the procedures, train staff members and customers on the use of simple service rules and standardized products as well as maintain their loyalty by means of promotional campaigns and by facilitating their access to standardized goods and services. Their low prices partly result from the homogenized range of products, the egalitarianism of the patterns and the transfer of production costs to the environment and customers[xi], which is done by manipulating their activities and turning them into self-serving consumers for the sake of utilitarian satisfaction. Not only do corporations gain knowledge about our needs from their extensive marketing research but, most importantly, they teach us the needs and ways to satisfy them by providing us with specific technological tools. This is the prevalent method of directing social groups’ behaviours.

Technological tools such as credit cards, smartphones and other means of communication provide them with insights into our cultural habits and the ways in which we navigate social space. However, it is still us who set our motivations and choose the goals behind our actions. Each of us is partly the director of their social roles and each of us, prosumers, should nurture knowledge on the ways in which today’s corporations seduce and profile us. An important strategy of counteracting marketing manipulation is the sharing of experiences and offering feedback on the value of products offered to mass consumers. This is done by online communities of prosumers, who show alternatives, how to select or self-manufacture many products that are eco-friendly and save energy for the sake of health and satisfactory quality of life[xii].

As a matter of fact, the concerns about backstage ‘directing’ of social processes are excessive for one very important reason. The analogy between a social engineering and marketing manipulator of human groups and the role of a director is inaccurate because a director has full power over their troupe, and the troupe members are familiar with the script and work together to build the best form of expression for specific parts of the script. Artists’ actions take place within jointly defined frames of interpretation. A director has the power to choose the way this frame shall be filled with actors, consciously submitting themselves to their will. Social engineering ‘directing’, or marketing ‘directing’, is just an opportunity to exert manipulative influence on the individually functioning people.

Their experience of being members of social groups is open to new stimuli and knowledge, incorporated into previous goals behind their joint activities and preferred values. Gathered knowledge and critical thoughtfulness in the lives of social groups provides protection against consequences of one’s manipulating their members’ motivations or patterns of behaviour. The manipulation anxiety characterizes mainly those communicatively passive, who believe in ‘hidden’ forces and adverse ‘plots’, preferring ‘the culture of distrust’ in relationships with other people[xiii]. This anxiety at times coincides with the consequences of social naivety, that is society members falling prey to extortion as part of criminal rackets. As we know from many examples, those who are affected by such ‘scenarios’ are skilfully isolated from their primary communities and taken by surprise with extraordinary ‘promotions’, ‘gainful opportunities’ and ‘helping the needy.’ This shows that one is likely to ‘fall prey’ to manipulations more easily when they have no support from social groups than when we follow joint principles of rational conduct that protect us against selfishness and our own naivety.

[vii] This is why it is worth re-reading Gustav le Bon’s La psychologie des foules (first published in 1895).

[xiii] Piotr Sztompka refers to it as the traumatic component of social changes and civilizational incompetence in: Socjologia. Analiza społeczeństwa. Wyd. Znak. Kraków 2012, p.354 and 523-529.