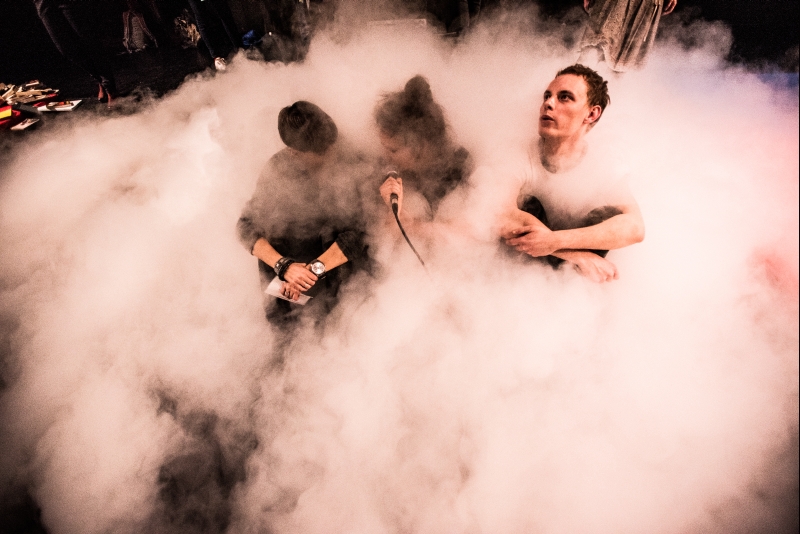 Schwartz is one of the now forgotten authors whom you discover while reading the books by writers better remembered by the history of literature. In his times, he was thought of as a genius and an ‘American Auden’. He was appreciated by Nabokov, and Lou Reed said he would not be Lou Reed if it was not for Delmore Schwartz. Following his debut in 1938, 21-year-old Schwartz reachedthe top. He was praised for the unpretentiousness of his texts, his ability to talk about love and his minimalism.

The eponymous story became an icon so big that critics would claim Schwartz never wrote anything better. He died forgotten on 11 July 1966. The protagonist of “In Dreams Begin Responsibilities” describes a dream in which he is in a New York cinema. The screened documentary shows his parents having a date in Coney Island. During the film, the boy is most overwhelmed when his father is going to propose to his mother. The strength of “In dreams” is in the gesture of reversion Schwartz uses to talk about his relationship with his own parents. We see them before the protagonist is born – they are still young, alarmingly intimate, and uncomfortably similar to him. We watch them dream of love that can change the world and then become painfully disenchanted.

Schwartz is committed to the act of reminiscing, i.e. putting aesthetic filters on the past – he shows that naked memory does not exist. Strongly rooted in the history of the then developing feature and sound film, this realization must have stirred unbelievable emotions. Among others, those that make the audience stand up at the cinema and cry to the film protagonists: “Don’t do it! You can still change your mind! Nothing good will come of it, just sorrow, hatred, arguments and two children of
low character.

“Magda Szpecht and stage designer Zuza Golińska have created an oneiric world. There is no rigid line between the stage and the audience. The large hall has several screens and objects on it, and the audience sits on mattresses scattered around; some of them stand by the wall. During the show, the audience can move between the elements of the game and peep into all apparently obscured corners. Nowhere can you see everything clearly. The viewers are also engaged in the performance with pieces of paper handed out by the actors. Those cards include instructions related to real actions (providing the actress with information, opening a door, giving items to the viewers), and the requests for the addresses to reflect on or recall something, e.g. their 21st birthday). The director keeps stressing the difference between the binary gaze of the cinema audience and the personal perspective of the story narrator. She also encourages theatre audience to get engaged and intimately take the represented events and emotions (…).

In staging the story by Schwartz, Magda Szpecht and the playwright Łukasz Wojtysko do not directly show the actions described by him. No walk, lunch or the visit to a fairy are represented. It seems that they care more about building a space of sadness and melancholy. What emerges is a place with a huge affective potential that renders the emotional structure of the story. The outcome is a beautiful and intimate show, with the audience feeling rather than just interpreting; not only do they watch the show but they also absorb the unique atmosphere of the performance with their bodies. Consequently, the story of the proposal of the literary characters comes as an audience’s personal story.”

“We enter the protagonist’s dream, in which he watches the story of his own parents’ love on the cinema screen.” So little and yet so much. From the very beginning, it seems nothing is evident. The show is made up of four characters: Lena Schimscheiner, Agnieszka Kościelniak, Karol Kubasiewicz and Marcin Wojciechowski. Two couples, two versions, two language layers – Polish and English, resounding alternately, as pointed to by the specific title of the show. The repetitiveness of gestures and situations is an interesting metaphor of the twisted paths followed by human reminiscences. Some details slip away, and the shapes of events go blurry. The very form of the show seems more interesting, though. Its structure lifts the boundary between the audience and the stage. Viewers go around big screens (great video from Mikołaj Syguda!) and scattered mattresses. They bump into actors who seek contact with the audience.

They ask for help in taking off the coats, want to read together or just hand out pieces of paper. “Recall your 21st birthday,” “Think about yourself” and even “Find a pile of books and order them from the smallest one to the biggest one.” This format of the performance results in some very intimate atmosphere, which fits in the dramatic story. Magda Szpecht consistently creates her own, unique stage language. This yields great results.” 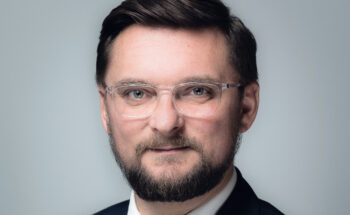