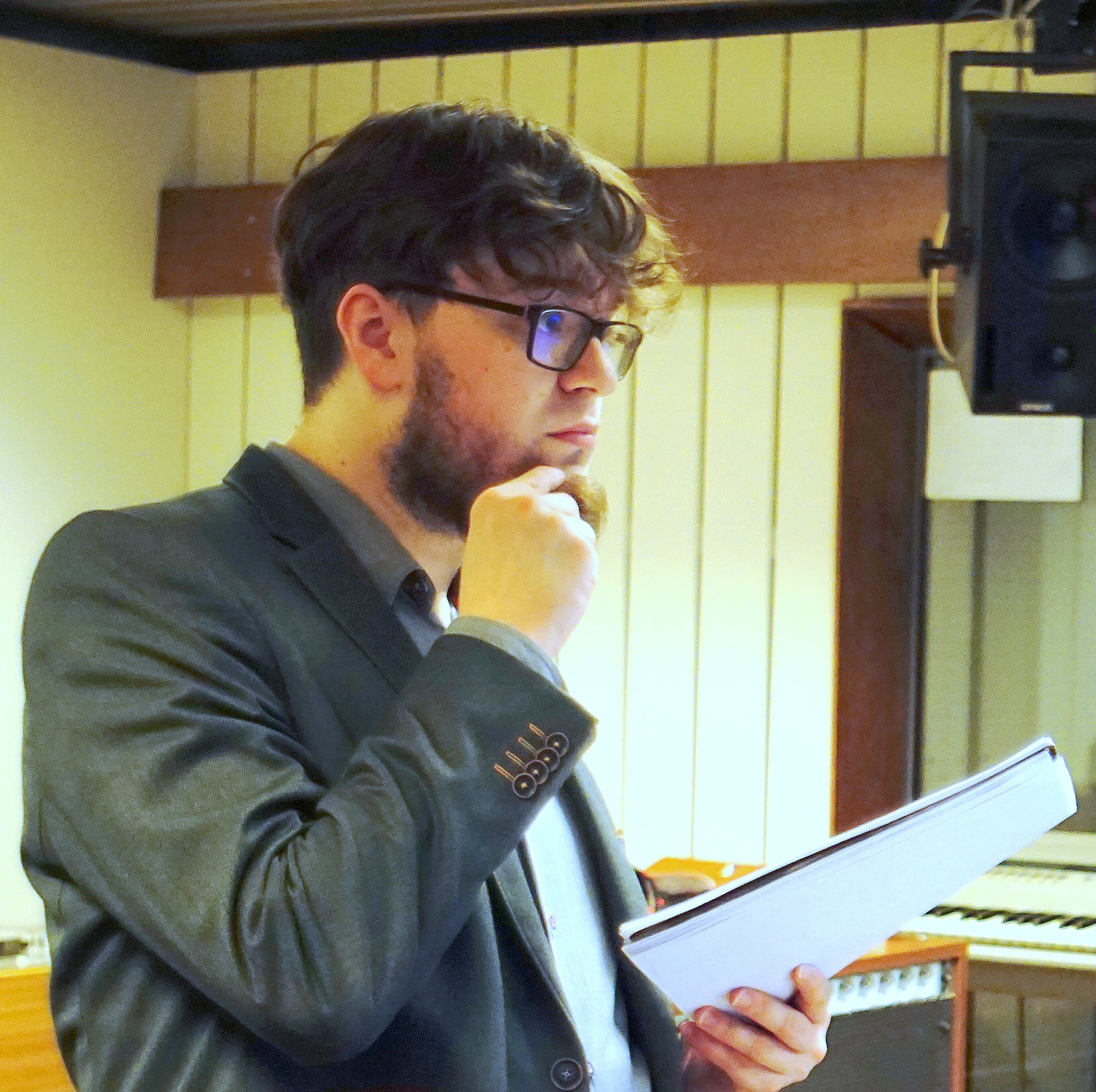 Michał Zdunik – director of the competition play “Gate 0”. Born 1990, playwright, director, essayist, composer of theater music. He graduated from the Polish philology at the Faculty of Polish Studies at the University of Warsaw, where he is now a PhD student (Institute of Polish Literature). He also studies directing at the Theater Academy. A. Zelwerowicz in Warsaw. He is the author of dramas – including: Lalki (2010), publication in Dialogue 7-8 / 2010, premiere at the Witkacy Theater in Zakopane), supervisor, issued and realized in France (Lalki / Les poupéss Universitaires du Mirail, translation: Kinga Joucaviel), Origami (2011, inspired by Oziminą Wacłąwa Berenta, world premiere: XII Days of Dramaturgy, Drama Theater of J. Szaniawski in Wałbrzych, directed by T. Węgorzewski) and Until the very end (premiere at the Polish Radio Theater, PR I, directed by Julia Mark). His last play is a detailed theory of life and dying (publication of “Dialogue”, 5/2018), written as part of the Artistic Scholarship of the Capital City of Warsaw for 2017. The text was included in the semi-final of the Gdynia Drama Prize (2018). He directs dramatic performances (performances based on T. Różewicz’s works in OPT Gardzienice: Matka odchodzi, 2015, Witnesses or our little stabilization, 2016), radio dramas (2017, Gate 0 based on his own text, Teatr Polskiego Radia, PR III, 2018, detailed theory of life and dying, PR I), operas (2017, Francesco Cavalli, Il Giasone, TCN – AT Warsaw) and concerts (Good Night based on my own script, Festival Gorzkie Żale – Nowe Epifanie, 2016). Currently, he is working on a film staging of Wojciech Kuczok’s Pradziada drama, realized as part of the “Teatroteka” series. He composes music for dramatic performances and auditions, and is also the author of musical studies. Is an essayist and cultural critic, writes about literature, music, film and theater. He published his texts in “Dwutygodnik”, “Ruch Muzyczny” and “Teatr”, as well as in opera and festival programs and catalogs of exhibitions. His scientific texts have been published in literary and cultural studies magazines and collective volumes. In 2017, he published the monograph Theory of Polish Post-Catacic Dramatics based on the example of Stanisław Wyspiański and Tadeusz Różewicz (Publisher: Faculty of Polish Studies, University of Warsaw). He was a scholarship holder of the Minister of National Education (2007) and the National Fund for Children (2008/09) and the Minister of Science and Higher Education (2012/13), as well as the Rector of the University of Warsaw.