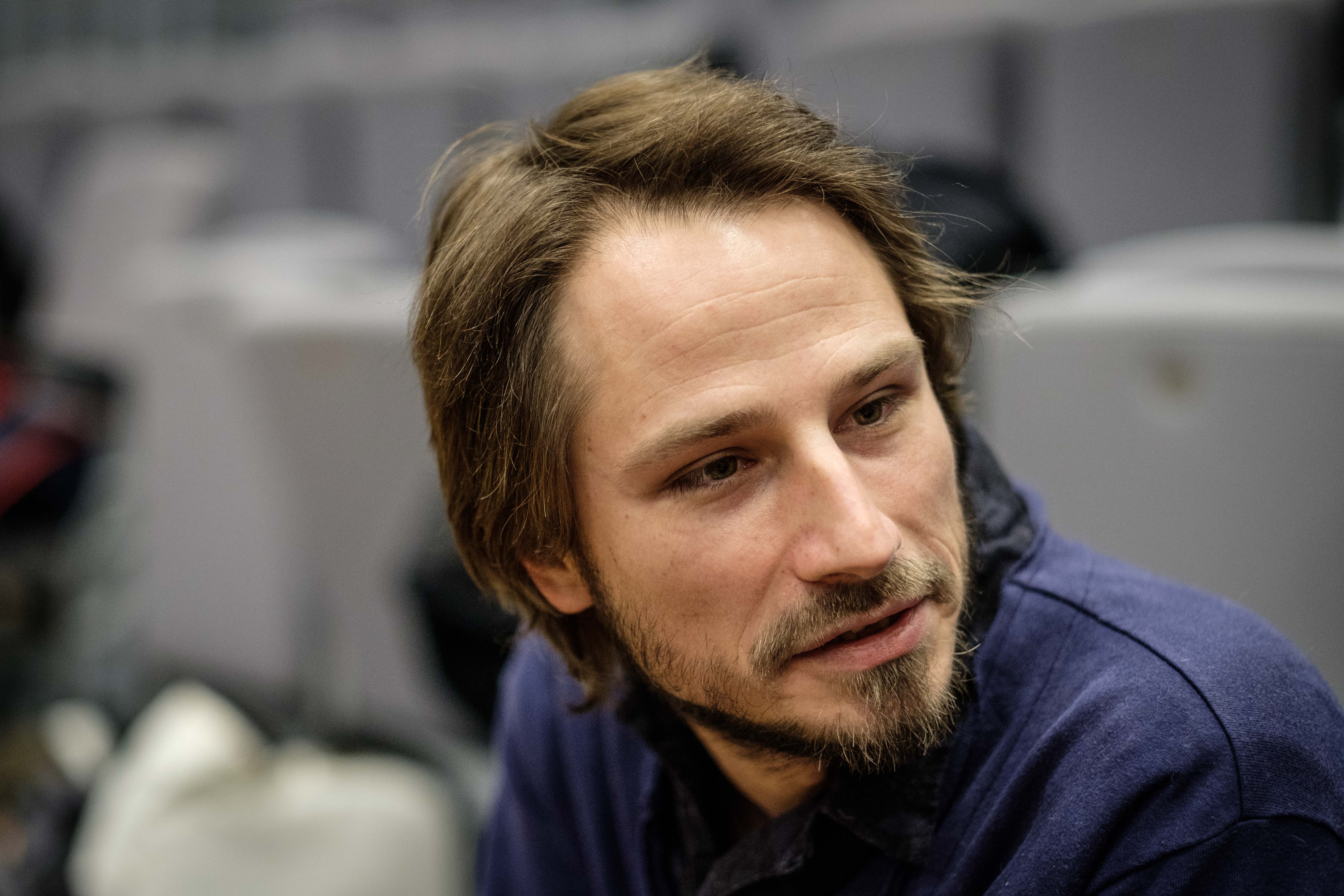 Born 1983. A stage director, stage designer and author of adaptations. The winner of the Polityka Passport Award for 2012. One of the most distinctive artists of the young generation, rewriting the classics into the language of contemporary theatre in a bold and spectacular way. He creates interdisciplinary shows and theatrical installations that combine performance, visual arts and music. He is a graduate of the Direction Department at the National Academy of Theatre Arts in Kraków. He studied, among others, under Krystian Lupa, whom he assisted for “Factory 2.” He made his debut in 2008 by adapting “Chór sportowy” at the JK Opole Theatre. The following year, he staged “Odyssey,” collaborating with the playwright Marcin Cecko for the first time ever. In Wałbrzych’s Teatr Dramatyczny, he produced “Opętani” (2008) by Witold Gombrowicz, to the oeuvre of whom he would then keep going back. In Polski Theatre in Wrocław, he staged “Nirvana” (2009), and Dostoyevsky’s “Demons” (2010). In 2010, at Wałbrzych’s Teatr Dramatyczny, he directed Marcin Cecko’s “Gwiazda śmierci,” drawing upon George Lucas’s space saga. The play was held at the building of the local movie theatre Zorza, where the director used large-scale live streaming. The image from mini cameras was streamed onto a large screen in front of the audience, which watched a live broadcast of actors’ actions carried out in various locations. The nurturing of the dialogue between theatre and technology, and the reflection upon the status of humans living in the technologized world are the issues consistently explored by Garbaczewski. At Nowy Teatr in Warsaw, he directed the much-debated “Życie seksulne dzikich” (2011), based on a pioneering anthropological work of the 20th century – the famous book by Bronisław Malinowski. The following year, he returned to Opole to stage Gombrowicz’s “Iwona, księżniczka Burgunda,” drawing upon the convention of thriller movies.

In 2013, he executed his idea to create a Polish trilogy. At Teatr Polski in Poznań, he staged “Balladyna,” written by Marcin Cecko. At the National Stary Theatre, he directed “Poczet królów polskich,” written by four playwrights: Agnieszka Jakimiak, Szczepan Orłowski, Marcin Cecko and Sigismund Mrex. The trilogy was completed by “Kamienne niebo zamiast gwiazd” penned by Cecko and with music from Julia Marcell. The performance was staged as part of the 69th anniversary of the outbreak of the Warsaw Uprising and is a coproduction between the Warsaw Uprising Museum and Nowy Teatr in Warsaw. In 2013, at the Polski Theatre in Wrocław, Garbaczewski staged the much-talked-about literary premiere “Kronos”, a play inspired by Witold Gombrowicz’s very intimate journal. In 2014, at Schauspiel Stuttgart, he directed “Caligula” by Albert Camus. Then, in 2014, the duo Garbaczewski–Cecko transferred “Zwycięstwo nad słońcem” by Sławomir Wojciechowski and Marcin Stańczyk’s “Solarize” onto the stage of Teatr Wielki (the Polish National Opera). The opera was staged as part of the Project ‘P’, which helps young, debuting composers enter the world of opera.

Other experiments by the duo Garbaczewski–Cecko were related to Shakespearean classics – “The Tempest” (Polski Theatre in Wrocław, 2015) and “Hamlet” (the National Stary Theatre in Kraków, 2015). In 2016, Garbaczewski made his debut at Volksbühne with the show “Locus Solus.” Based on a piece written by Marcin Cecko, who himself drew upon Raymond Roussel’s novel of 1914. In 2016, at TR Warszawa, Garbaczewski also directed “Robert Robur” based on the unfinished novel by Mirosław Nahacz. His other works include “Kosmos,” staged at the National Stary Theatre in Kraków (2016), “Wyzwolenie” produced at the Studio Theatre in Warsaw (2017), “Chłopi” (Powszechny Theatre in Warsaw, 2017) and “Symposium” by Plato (Teatr Nowy in Warsaw, 2018).