A meeting with radio theatre in Katowice 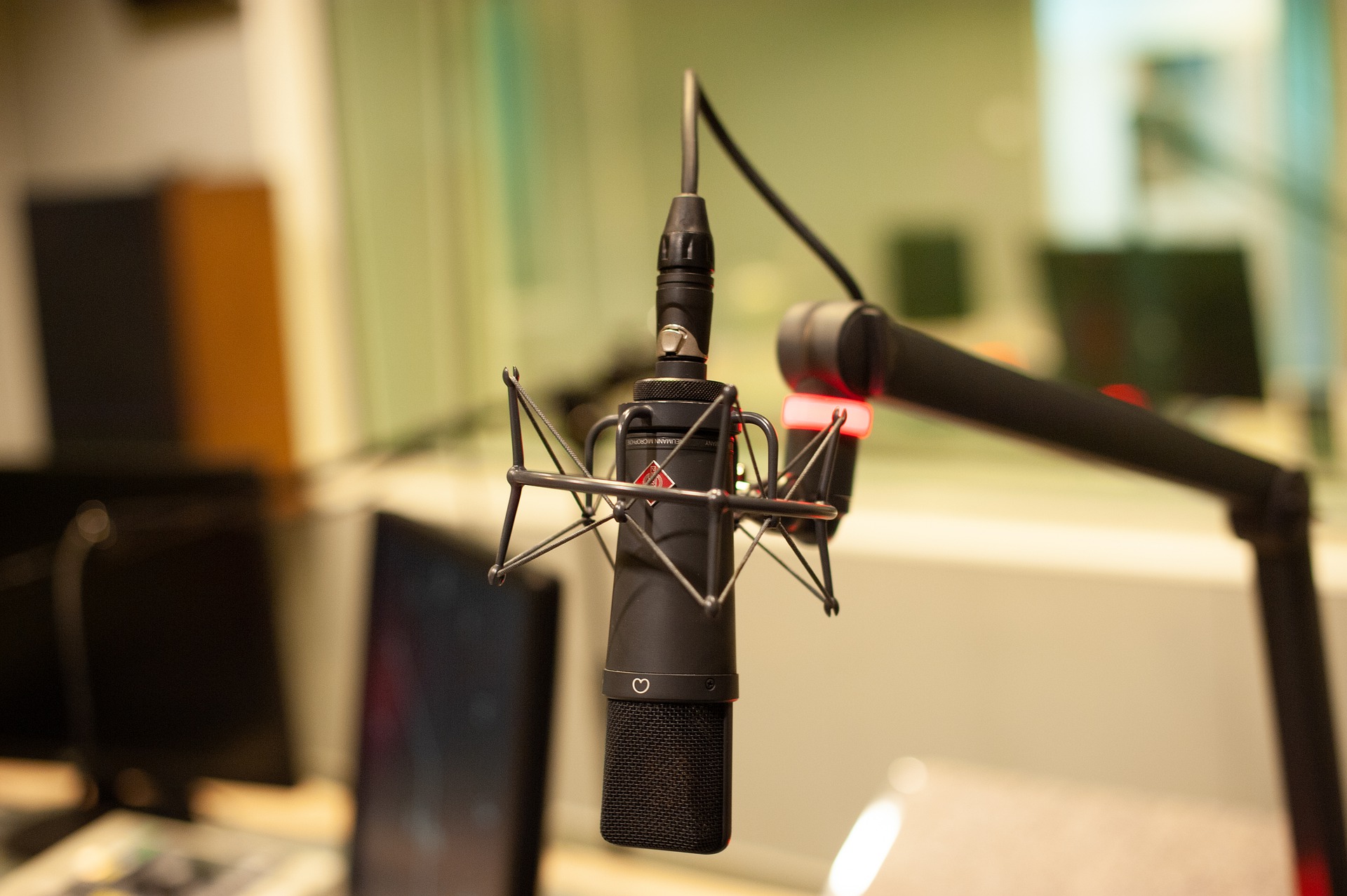 Radio plays of the Polish Radio Theatre are being presented at the Interpretations Festival of Directing for the third time now. This section always consists of only a handful of plays and this year is going to see five plays, five names and five different approaches to creating acoustic worlds. I recall that during the first edition of the radio play competition in 2018, Janusz Kukuła, the head of the Polish Radio Theatre, pointed to the need to train new generations of radio theatre directors. The following year 2019 saw the launch of the Radio Directing Course run by the Polish Radio Theatre and the Wajda School, with said Janusz Kukuła and Wojciech Marczewski becoming the guardians of that project.

I am writing about this ahead of the third edition of the radio play competition since two out of five radio plays in the competition have been made by graduates of the said course. Radio is made up of words, and radio theatre gives itself unreservedly to the words; it says ‘come’ to them. Words beget deeds, and a generational change in radio play directing has been underway before our eyes, or in our ears. The two previous editions of the radio section of the Festival were won by Julia Mark and Aleksandra Głogowska. Weronika Murek’s and Karol Wojtyła’s texts presented the directors with a challenge they handled very well, for the primary task of the radio theatre director is to recognize dialogues, sounds and music of a drama as if they all made a musical score.

To succeed, a radio theatre director must be capable of making the text speak, sing and rhyme with the audience’s minds. Radio can surely still recall the play Inge Bartsch written by Konstanty Ildefons Gałczyński and adapted and directed by Zbigniew Kopalka back in 1964, which spoke, sang and rhymed with the audience in a unique way. Working so freshly many years later, that echoing of the unique fabric of sounds and voices is the Mount Everest of radio drama. While the directors coming with their plays to Katowice are not virtuosos yet as these are their first attempts, let’s see where the young artists’ interests are headed now.

This year, we are going to listen to Wisława Szymborska’s Wycinanka, a play written and directed by Aleksandra Głogowska, who won the radio play competition at the Interpretations 2020. The show is a dramatized set of sentences, verses and fleeting reflections by the 1996 Nobel Prize winner. Blending Irena Jun’s voice into Szymborska’s universe, Głogowska takes us on a journey through the poet’s youth, shyness and bitter reflections. The structure of Głogowska’s play is reminiscent of the best traditions of Polish poetic radio plays. Original plays based on poetry have always worked well in Polish Radio Theatre, as if these combinations of biography, essay and poetry have all agreed they work best together on the radio.

The second show in the radio competition is the musical play Czarny poemat directed by Anna Szamotuła. Again, a poet (Władysław Broniewski) comes to the fore. The play seeks to highlight secret connections between the poet’s widely known poetry and his lesser‑known prose sketches. Szamotuła, who graduated from the Radio Directing Course of the Wajda School, has invited another course participant, Piotr Skotnicki, to write the score, which best shows that the course has built a community and helped it share expertise. Skotnicki’s music features lyrics sung by Krzysztof Szczepaniak. The complex texture of sentences, thoughts and verses takes the audience on a journey through darkness, war and crime. The musicality of this radio play makes us move seamlessly through the emotional states of Broniewski’s characters. The third play is part of a series dedicated to CONTEMPORARY DRAMA IN UKRAINE produced by the Polish Radio Theatre this year. The drama of war shimmers here in  unusual colours.

Samobójstwo samotności based on the drama by Neda Nezhdana and directed by Jan Hussakowski shows conversations at the edge of a roof. Between life and the risk of jumping smoulders a thin line of protagonists’ existence. Cats and human beings, Anna Grycewicz, Karolina Bacia, Oskar Hamerski and Jakub Kordas resemble the protagonists of Hanna Kowalewska’s and Henryk Bardijewski’s radio plays to me. Hussakowski’s role was to guide male and female dialogues to allign the philosophical dimension of the play with its dramatic undertones. While listening, we can sense the sounds of the Ukrainian land throbbing outside of the acoustic layer of the show, the effect added by the recent history.

The fourth play, Kontrakt, is a concert for two voices. In the case of Sławomir Mrożek’s playwriting, by the way, the only way to go for the director is mainly to leverage actors’ talent. The director of the radio play Przemysław Wyszyński has invited Paweł Krusz and Szymon Kuśmider to work together, and the actors, who work together very well both in theatre and in radio plays (the winning radio play Wyszedł z domu written by Tadeusz Różewicz directed by Kuśmider and presented at Dwa Teatry 2021 is an example), have skilfully delivered their parts, precision of their acting being accompanied by the ferment of acting fantasy.

The fifth and last radio play at this festival is Parawan written by Andrzej Strzelecki and directed by Rafał Zawierucha. This tribute to the master’s brilliant playwriting has turned into yet another journey that is very musical, the second one after Czarny poemat. Marek Stefankiewicz and Piotr Rubik, who have scored the play, have helped Zawierucha get the effect of a subverted convention, where everything happens on the borderline between grotesque and radio metatheatre.

For many years, the Polish Radio Theatre has been shaped by various sensibilities and schools, or directors’ various backgrounds, tastes and temperaments. To this day, we can recall Zbigniew Kopalko’s blend of gentleness and virtuosity. From Juliusz Owidzki we inherited pragmatism and meticulousness. Janusz Kukuła is a poet capable of illuminating blacked‑out cities. Waldemar Modestowicz is a mad magician who threads phonic plot through the needle of facts. Darek Błaszczyk is a great creator of soundscapes. How do we know all this?

Mainly from anecdotes, stories and short video records posted on the Polish Radio’s web pages. Radio is an enclosed enclave, unlike theatre and film. In the radio everything is concentrated as if in a lens to make plays speak, sing and rhyme with listeners. This comes with sophistication but not exaltation, and one can sense artists’ struggle with word reminiscent of the days long gone. What will be the story about the radio work by Rafał Zawierucha, Aleksandra Głogowska, Anna Szamotuła, Jan Hussakowski and Przemysław Wyszyński like? The plays we will listen to in Katowice will only give us some general idea of where these directors are going to take their next radio steps. Let’s listen into their world and give them our word. That word being: ‘come’.